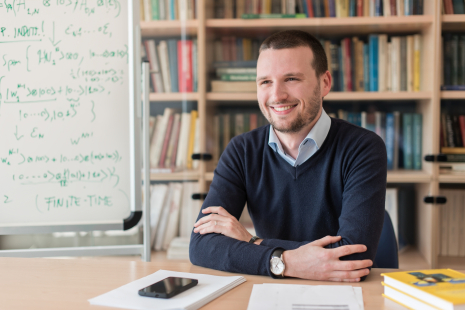 At the beginning of his PhD (starting Feb. 2013) he worked on problems regarding Myocardial Image Registration in Cardiac BOLD MRI stacks, performing time-series analysis to identify local differences in oxygenation among different myocardial territories, under the supervision of Prof. Sotirios Tsaftaris, with Dr. Cristian Rusu and Dr. Rita Morisi.

He then focused on developing a pipeline for a novel Computer-Aided Decision Support System (CADSS) for Endoscopy, particularly regarding the gastrointestinal (GI) tract, with high resolution datasets obtained from colonoscopies and gastroscopies, both with confocal endomicroscopy and white light / NBI endoscopies, working as an external member in the FAIR group at the University of Padova. His advisors were Prof. Enrico Grisan and Prof. Guido Caldarelli, and his thesis was reviewed by Dr. Stefano Realdon (Veneto Institute of Oncology) and Prof. Miguel Coimbra (University of Porto).

From August 2017, he holds the position of Deep Learning Specialist at Microtec GmbH, in Mestre (Venice), studying the latest trends in the field for solving his firm's and its clients' problems (hard to solve with traditional methods), using Keras/Tensorflow, Pytorch and/or internally developed frameworks.