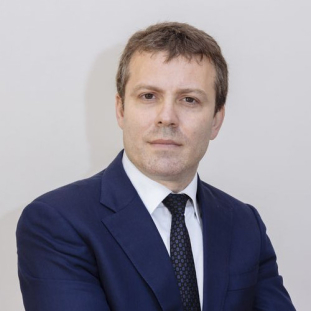 Curriculum Vitae (241.48 KB)
Personal website
Lorenzo Casini is a Full Professor of Administrative Law and he teaches Global Law and Cultural Heritage and Law. From 2002 to 2016 he taught Town and Country Planning Law, Cultural Property Law and Administrative Law at the University of Rome “ Sapienza”.
After graduating in Law cum laude in 1999, he obtained a Ph.D. in European and Comparative Administrative Law from the University of Rome “La Sapienza” in 2004. He has been Research Fellow at the New York University (NYU) School of Law-Institute for International Law and Justice for the Global Administrative Law Project (2008-2009). He has also been Hauser Global Fellow and Mauro Cappelletti Global Fellow in Comparative Law in 2013, at NYU.
From 2014 to 2018 he worked as legal counsel to the Italian Minister for Cultural Heritage and Tourism. From 2009 to 2014 he served as a law clerk to Justice Professor Sabino Cassese at the Constitutional Court of Italy.
He has written several books and articles in the fields of public law, and comparative and global administrative law. He is in the board of editors of the International Journal of Constitutional Law, the Rivista trimestrale di diritto pubblico, and Aedon-Rivista di arti e diritto on line.
Since 2018, he is Professor of Administrative Law at the National School of Administration of the Italian Government, where he is also responsible for the scientific area “Law”.
He is the Co-President of the International Society of Public Law (ICON-S) and the President of the Institute for Research on Public Administration (IRPA).