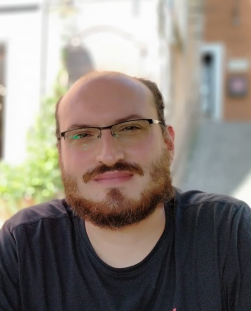 Tiziano Squartini is Associate Professor at the IMT School of Advanced Studies in Lucca, within the NETWORKS Research Unit. He holds a Master Degree in Physics (2008) and a PhD Degree in Physics (2011) from the University of Siena (thesis title: "Information-theoretic approach to the analysis of complex networks"). During the biennium 2012-2013 he was post-doctoral Researcher at the Lorentz-Institute for Theoretical Physics (LION - University of Leiden, NL) under the supervision of Diego Garlaschelli. From January 2014 to October 2015 he was post-doctoral Researcher at the Institute for Complex Systems UOS Sapienza in Rome, under the supervision of Luciano Pietronero. From November 2015 to November 2018 he was Assistant Professor (RTD-A) at the IMT School for Advanced Studies in Lucca; from December 2018 to December 2021 he was a Tenure Track researcher (RTD-B) within the same institute. At IMT, he teaches the courses "Introduction to Network Science" and "Advanced Concepts in Network Theory". He is PhD Board Member of the National Doctorate in Artificial Intelligence and visiting fellow at the Institute for Advanced Study (IAS - University of Amsterdam, NL). He currently collaborates with the Supervisory Policy Division of the Dutch National Bank, Bank of England and Bank of Mexico. He is author of around 60 publications in peer-reviewed international journals (including major ones like Nature Reviews Physics, Physics Reports, Physical Review Letters), peer-reviewed book chapters and of two co-authored monographs. His research interests lie at the intersection between statistical physics and graph theory, both on the theoretical and the applied side: some of the research topics pursued by him concern network reconstruction, systemic risk estimation in financial networks, (mis)information spreading on social networks and functional brain networks analysis.