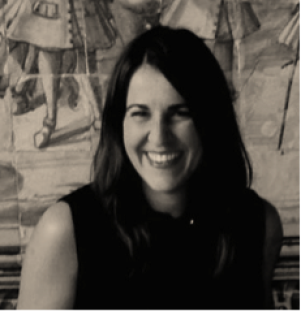 Laura  has successfully defended her PhD in 2017 in the field of Management and Development of Cultural Heritage with the thesis 'Picking up the Pieces from the Communist Past: Transitional Heritage after 1989 in Germany and Romania'. She conducted her research on the Critical Assessment of Mechanisms of Heritisation of the Communist Past, by analysing contested case studies for preservation in Bucharest and Berlin.

She received her Master's Degree in World Heritage Studies (UNESCO) at the Brandenburg University in Cottbus, Bachelor Degree in Art History and Italian at the Ruhr - University in Bochum, Germany and the Diploma Degree in History at the Bucharest University, Romania.

She has extensive experience as an independent expert for the evaluation of EU funded projects in culture, writing proposals for UNESCO World Heritage Sites nomination and project management assistance in the field of heritage preservation. She has previously collaborated with heritage organisations such as the Prince's Regeneration Trust, in London and Transylvania Trust, in Cluj-Napoca.