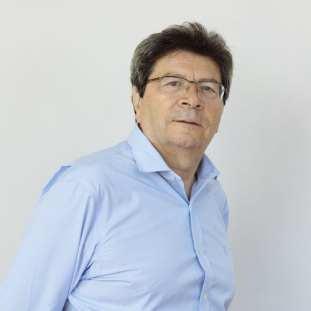 Curriculum Vitae (240.25 KB)
Publications (IRIS)
Rector; Full Professor of  Computer Science
De Nicola is a professor of Computer Science at IMT Lucca. He has been full professor at Dipartimento di Sistemi e Informatica of Università di Firenze from 1995 till 2011, and at Dipartimento di Scienze dell'Informazione, Università di Roma 'La Sapienza' from 1990 till 1995. Before that he was a full time researcher at IEI-CNR in Pisa and worked at Edinburgh University and for Italtel in Milano and Olivetti in Pisa. He has been visiting professor at Ecole Normale Supérieure in Paris and at Ludwig Maximilian University of Munich and visiting scholar at Microsoft Research Cambridge.  De Nicola graduated in Scienze dell'Informazione at Unversità di Pisa in 1978 and received a PhD in Computer Science from the University of Edinburgh (UK) in 1985.
The research of De Nicola is concerned with the foundations of distributed computing, the formal specification and checking of qualitative and quantitative properties of systems, the protection of distributed systems and computer networks. De Nicola is the author of more than 250 publications in international journals or books with international editors, and has been "invited speaker" at international conferences and schools, and "program chair" and member of program committees of many international conferences. Currently, De Nicola is the editor-in-chief of the Journal on Logical and Algebraic Methods in Programming published by Elsevier and associate editor for Mathematical Structures in Computer Science (Cambridge University Press), for Springer Nature in Computer Science and for Electronics Proceedings in Theoretical Computer Science.
De Nicola is a fellow of EATCS, is listed among Thomson ISI-cited researchers in the world (ISI HiglyCited) and is a member of the Academia Europaea, of Gruppo 2003 and of Working Group 2.2 and 1.9 of the International Federation for Information Processing (IFIP). In 2005 he was appointed  Commendatore della Republica (Commander of the Order of Merit of the Italian Republic) by the President of Italy.
De Nicola is the coordinator of the Computer Science PhD program in Systems Sciences at IMT where he is also the director of the SysMA Research Unit and a member of the Academic Senat. De Nicola is also a member of Giunta Amministrativa (Executive Committee) of CINI, the deputy director of CINI National Laboratory for Cybersecurity and the director of Cybersecurity Competence Center of Tuscany (C3T). He has been a member of advisory boards of international research institutions  and principal investigator for many research projects funded by EU, MIUR, CNR, Regione Toscana, and private companies.